The Adopt-a-Nest program allows you to symbolically adopt a nest of one of Estero Bay’s wading and diving bird species. These birds are found in colonies on mangrove islands throughout the bay. Your generous donation to the Estero Bay Buddies will be used to assist the Estero Bay Aquatic Preserve in their rookery monitoring program, as well as other resource monitoring and management programs that aim to keep Estero Bay beautiful and healthy.

How to adopt a nest: 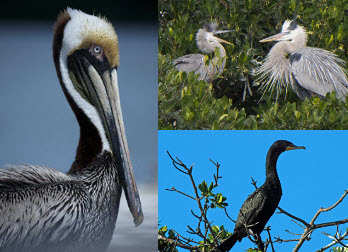 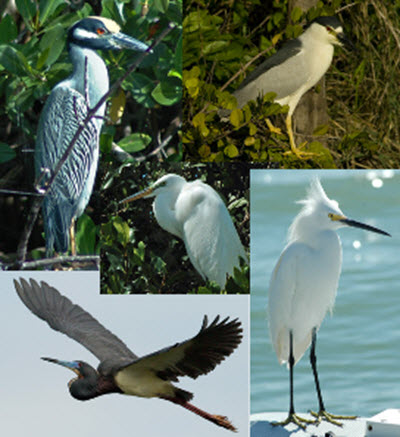 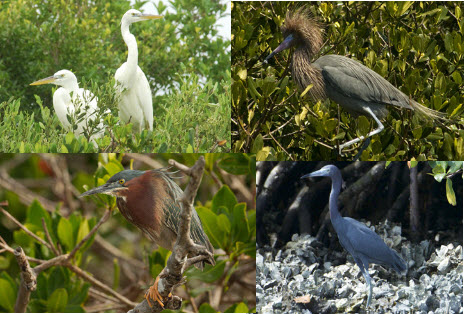 Estero Bay Aquatic Preserve (EBAP) was designated in 1966, becoming Florida’s first Aquatic Preserve. Established by law, Aquatic Preserves are submerged lands of exceptional biological, aesthetic, and scientific value that are to be maintained in their natural or existing conditions for the benefit of future generations. EBAP covers 11,000 acres of submerged lands, and protection of these lands is critical in managing the wading and diving bird populations that inhabit Estero Bay. The bay has significant wading and diving bird-feeding habitats including oyster reefs, intertidal flats, seagrass meadows, and salt marshes. Additionally, there are hundreds of islands dominated by mangroves that provide vital roosting and nesting habitats. EBAP monitors 25 of these islands every month with the help of volunteers who play an integral role in the rookery monitoring program.

The EBAP rookery monitoring program provides peak estimates of nesting effort for each species of wading and diving bird, monitors population trends, maintains a current atlas of historic and active colonies, documents human disturbance, and records the number of fishing line entanglements and fatalities. Historically, rookery monitoring was conducted inconsistently from the mid-1970s to the early 2000s. In 2007, the Aquatic Preserve recognized the need to create a regular monitoring program to track the trends of imperiled wading and diving birds. Starting in 2008, surveys have been conducted for all active and historically active rookery islands once a month throughout the nesting season, and since 2012, surveys have been conducted year-round due to the extended period of nesting. In order to prevent disturbance, islands are surveyed at a distance of 100-150 feet by two observers using binoculars. Each observed nest is documented by species and nesting stage. Data collected from these monthly surveys are analyzed and included in publications such as the annual South Florida Wading Bird Report.

The Estero Bay Buddies is a non-profit 501(c)(3) organization.

All donations are tax-deductible and greatly appreciated.